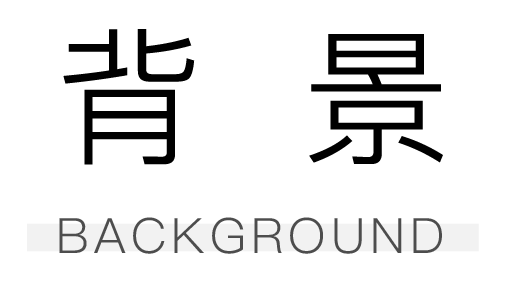 Thirty-seven years ago, the construction process of Shenzhen International Trade Center Building created the "Shenzhen speed" with "one floor in three days". Today, super high-rise buildings that break through the city skyline are rising from the ground, constantly refreshing the "Shenzhen height". According to statistics, there are up to 45 super high-rise office buildings above 200 meters in Shenzhen, which is the city with the most super high-rise buildings in China. Most of them were designed with centralized core tube layout. Advantages such as economical efficiency, structural adaptability and construction convenience of centralized central core tube layout are widely recognized, but we are also thinking whether the limited "use depth" inevitably caused by the central core tube layout can meet the longing and demand for communication, interaction and ecological experiential office space.

As the location of municipal government and CBD, Futian Central District of Shenzhen is also a place where a series of large public cultural buildings and urban parks are gathered. The development process of the world's contemporary super high-rise buildings is concentrated in the construction of this land in the last 40 years. On the limited land, the high-density and high-intensity urban development mode is bound to collide with the natural ecology and horizontal extension of the urban space.

Southern headquarters of Wumart Group has settled down in this district. It has to deal with the special urban background, but also to find its own image positioning. 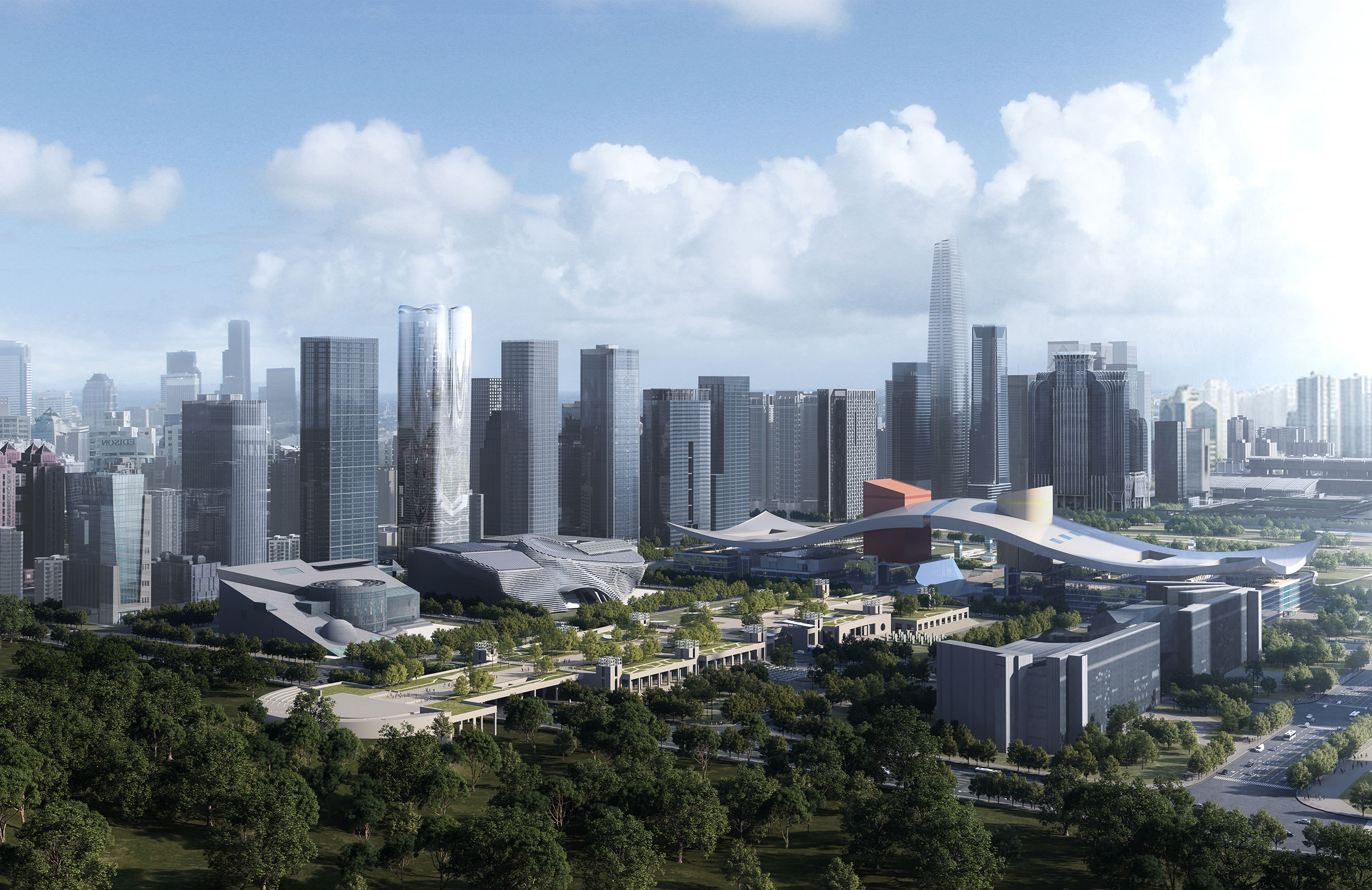 Through the concept design of Wumart Group's south headquarters, we hope to explore the possibility of adapting to future super high-rise tower:

1. The connection and interaction between super high-rise tower and urban public space under the background of high density;

2. Space exploration under the demand of contemporary and future office behavior;

As the "parlor" of the city, Futian CBD not only has high-intensity urban development, but also intensive city-level cultural buildings and large-scale civic squares. Located at the northeast corner of the intersection of Jintian Road and Fuzhong Road, the south headquarters of Wumart Group is just situated in the collision of these two kinds of texture—on one side of the base is  extremely high-density development (area of a single plot is very intensive, and a row of super high-rise office buildings form a tight "city wall"); On the other side are extremely low-density and large-scale public places, scattered with urban cultural buildings and urban image squares such as Shenzhen Children's Palace, Shenzhen Museum of Contemporary Art and Urban Planning, Shenzhen Civic Center, etc. The great difference of construction intensity on both sides makes the urban space discontinuous and disunified.

We not only need to respond to the problem of the extreme lack of urban public space caused by the high intensity development on one side, but also need to consider the dialogue and contact with the large-scale urban open space on the other side. It is especially important to release the ground floor space, reshape the urban interface and create interactive urban experience.

In order to avoid nodeless linear space caused by traditional centralized center layout, we hope to create the possibility of releasing the urban interface with a separated and biased core tube layout. In addition, by cutting the bottom core tube, the interaction between the ground floor space and the city is further activated. 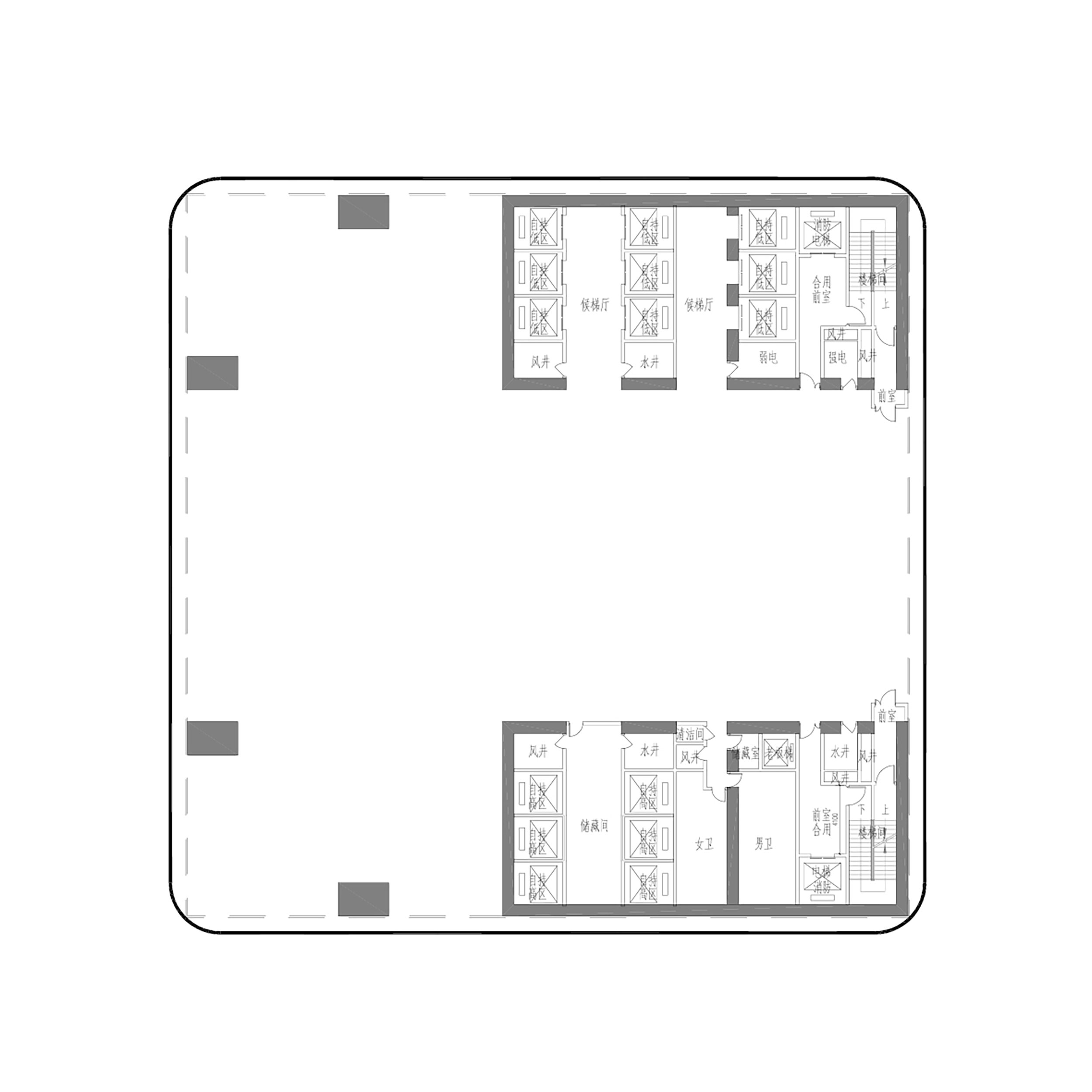 △ Sketch of the Tower Structure

Four pillars on the west side of the tower is combined with the biased core tube on the east side to form an overall vertical structure and maximize the release of office space. Ring trusses are installed in each of the tower's four refuge floors to increase the stability of the tower's overall structure. 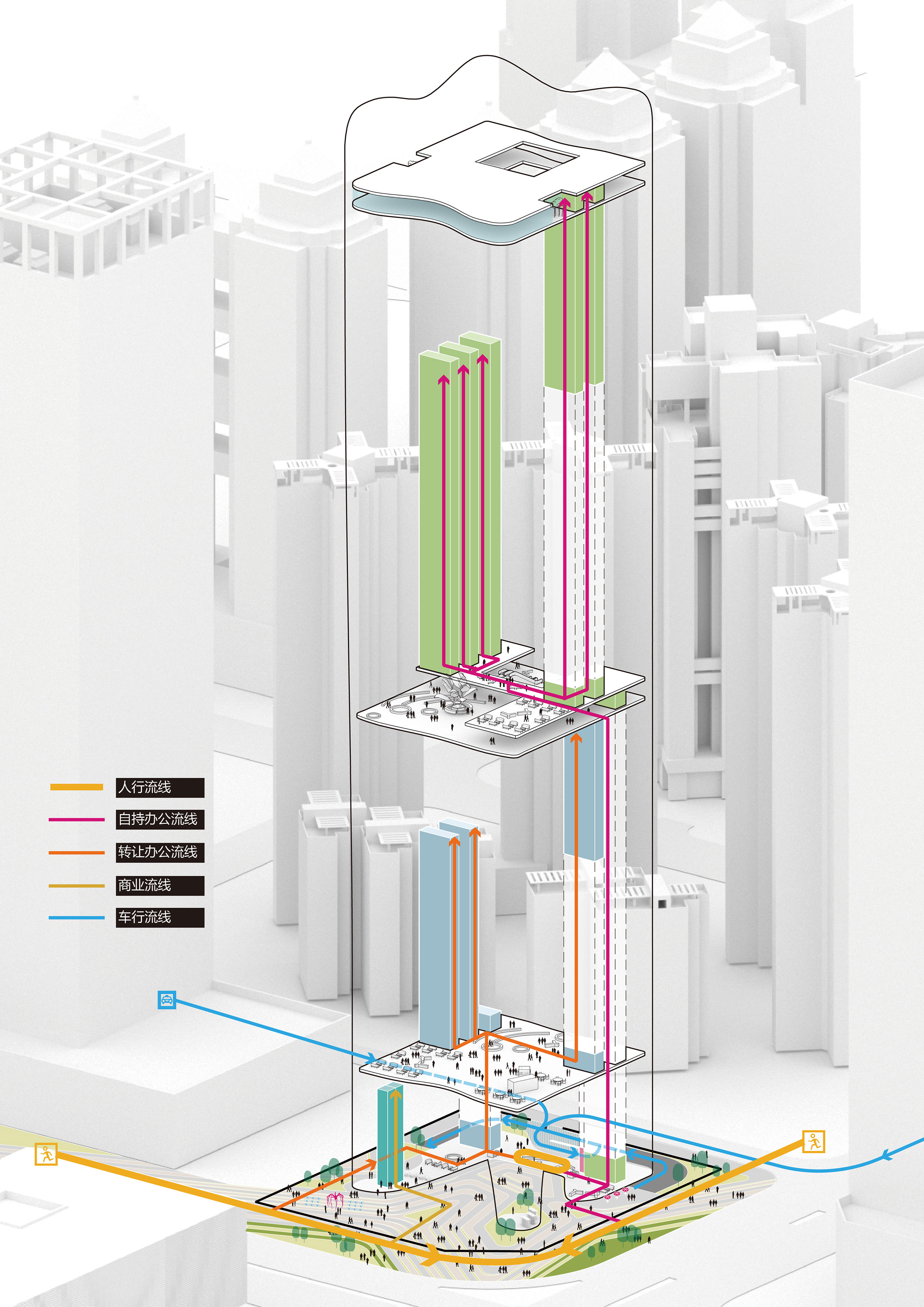 The transition space formed by the concave building form penetrates with the lobby and commercial space inside and outside, and creates an open city lobby together with the street square on the ground floor. Vertical elevators in the reduced core efficiently connect ground floor with two transferable and self-sustaining air lobbies, from which users can easily reach each floor.

With the development of production tools and work modes, work environment becomes more flexible and diverse. Office space is no longer just a container for work, but expanded into a multi-functional place, including efficient and convenient business facilities, open and inclusive communication space, and rich leisure and entertainment space. These new public spaces will effectively promote a high level of interconnectedness between teams, greater communication and collaboration, and a greater focus on the human experience to achieve work-life balance. High efficiency, experience and richness of space will become the common pursuit of modern office.

At the same time, we reflect on what the end of our daily work is—whether we stop at achieving a goal, or improve our world view and become a better person by acquiring and accumulating new knowledge and perspectives. Today, especially in the Internet age, with our social relations and value creation changing, the simple assembly line production gradually are evolving into the pattern of sharing, communication and cooperation, and especially emphasized the value of individual, which requires modern office space should offer individual growth, study and communication space. 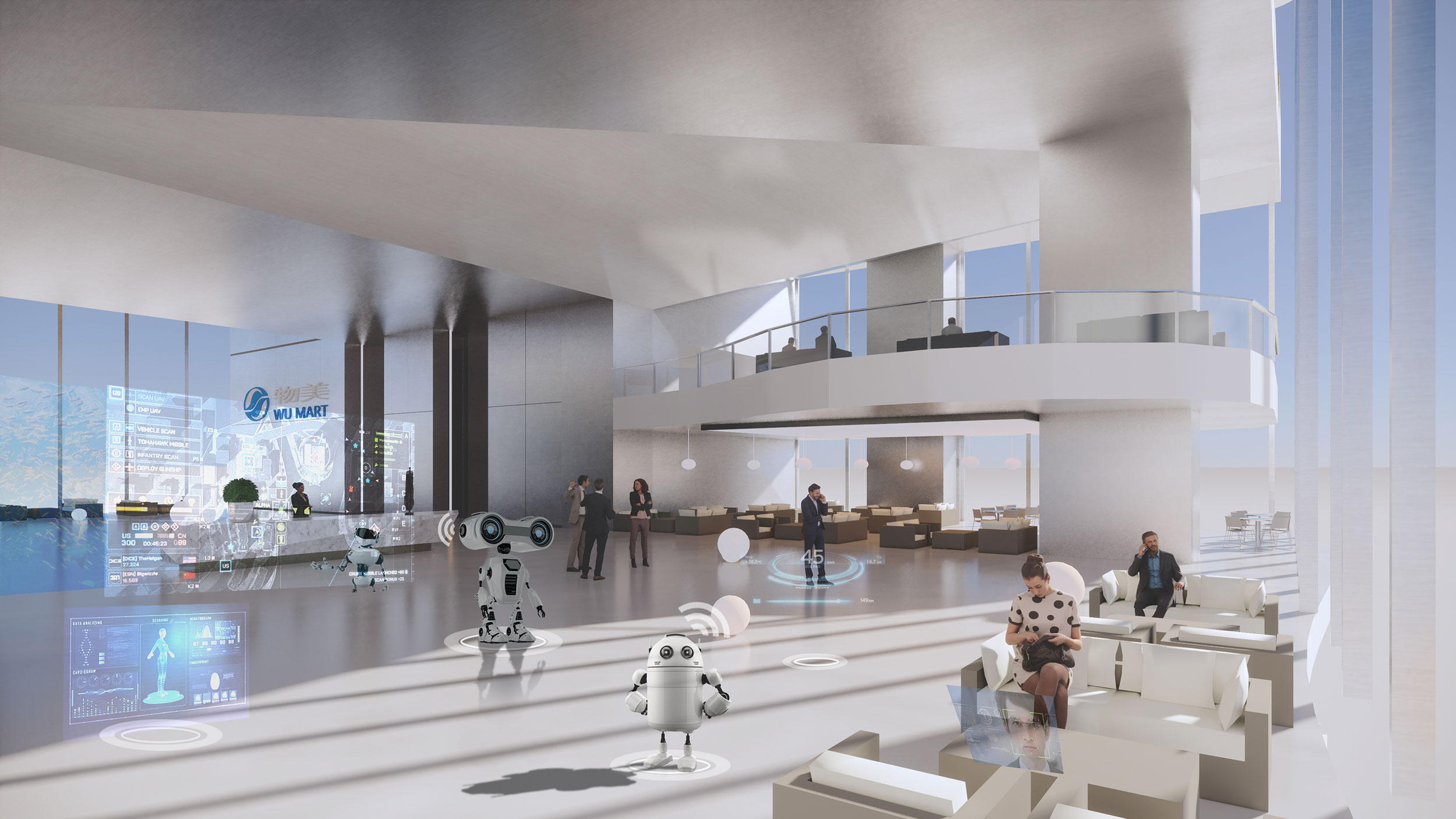 △ Learning Space Around the Library We hope that in the future, the office headquarters can break the space gap between team and knowledge, and help enterprises to create a learning atmosphere from design level, so that employees can work efficiently in both formal and informal space, and at the same time ensure the balance between work and life, so that achieve better self-development. 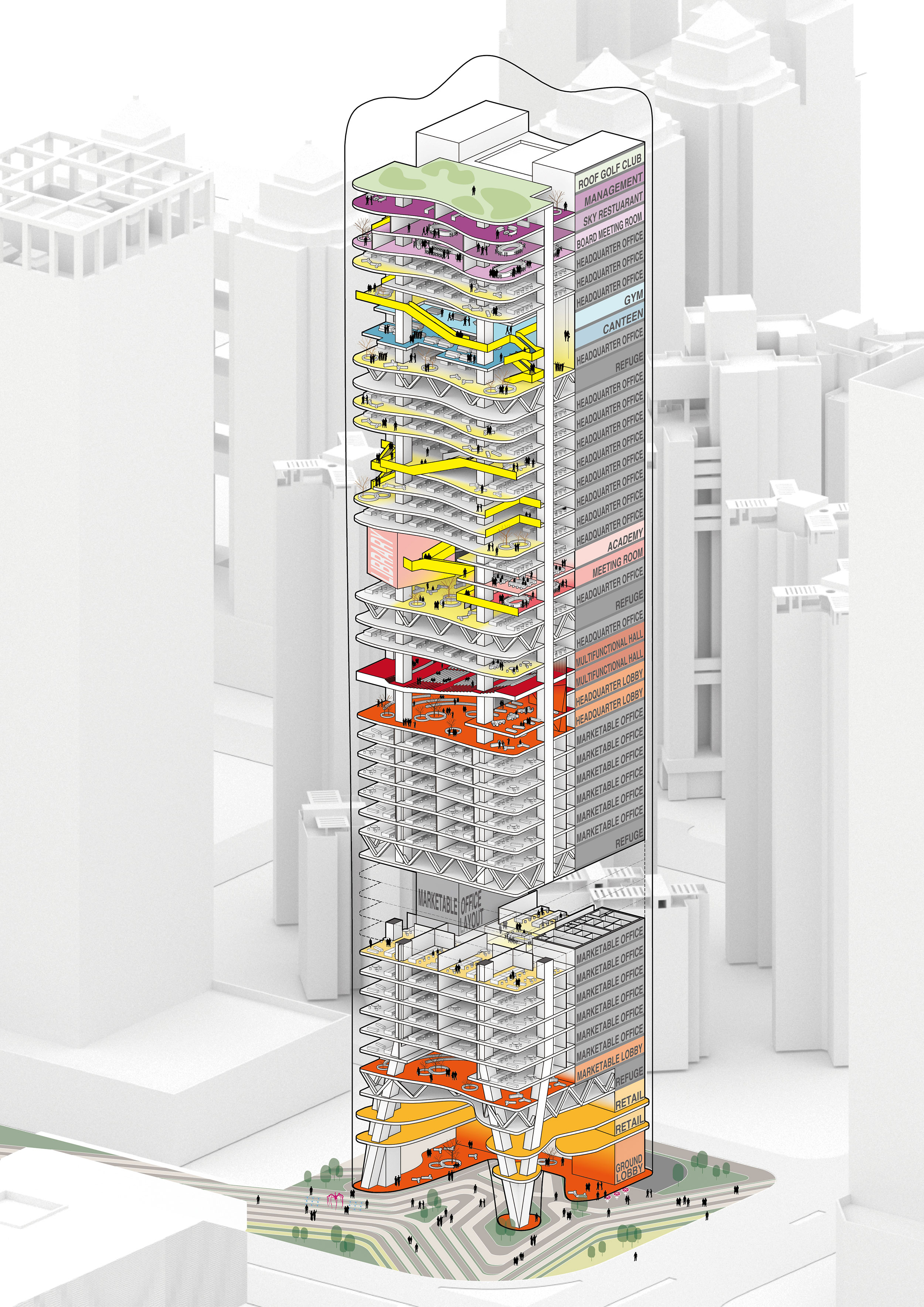 △ Office Space Based on Thinking of Future Office Behavior

Based on the above research and thinking of future office behavior and environment, we hope to maximize horizontal space with direct line of sight through special structure. The office space of headquarters considers flexible office requirements, and continuous and penetrating upper and lower floors extend the office space in horizontal direction, together with public space system, forming a rich, experiential, interconnected, shared and progressive working environment. While the transferable office space can balance efficiency and uniformity, and use the public meeting space on each floor to achieve premium and functional complement.

3/ An Iconic Image with Characteristics of the Times

The tall buildings on both sides of the central axis of Futian District are in various shapes and forms, which represent the culture and image of each enterprise, and also write the history of the development of office building form on the central axis. More and more attention is paid to the comfort of office space, and companies are more and more inclined to show their uniqueness.

Wumart Group advocates the idea of a better life and represents the pursuit of future technology. We hope to build this kind of yearning for beauty and technology into a modern business card of Wumart Technology on the central axis. 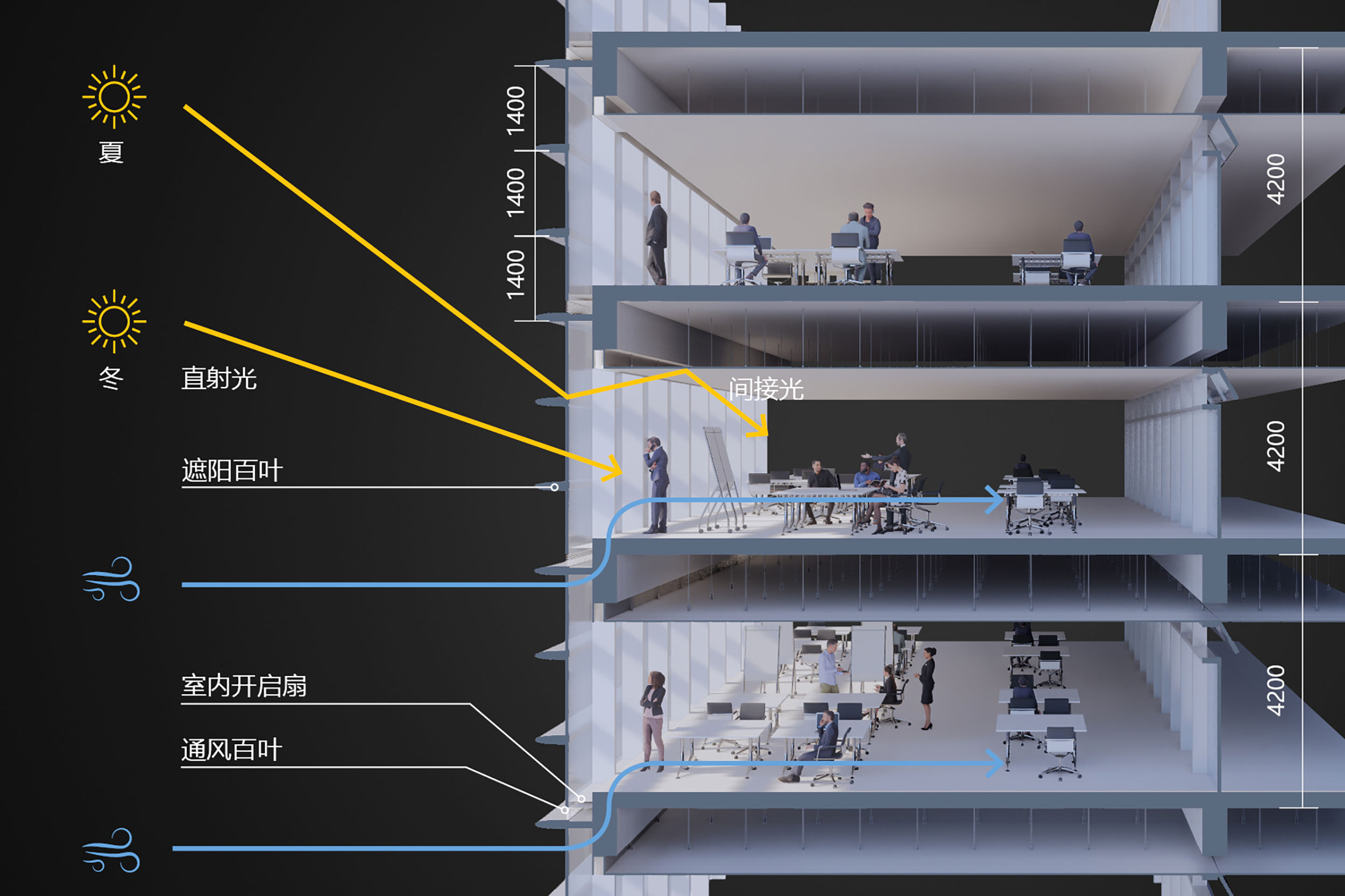 △ Considerations of Shading and Ventilation

The curve of LOGO of Wumart Group is extracted and combined with the thinking of different spatial demands of each layer, a flowing shape with a sense of science and technology and a sense of future is created. The facade design considers the overall image of the building, allowing the rhythm of the components to form a response to the interior public space. Through shading, air conditioning and intelligent equipment and other technical measures, a comfortable and pleasant indoor environment is created, reflecting the technology pursuit of a technology company. 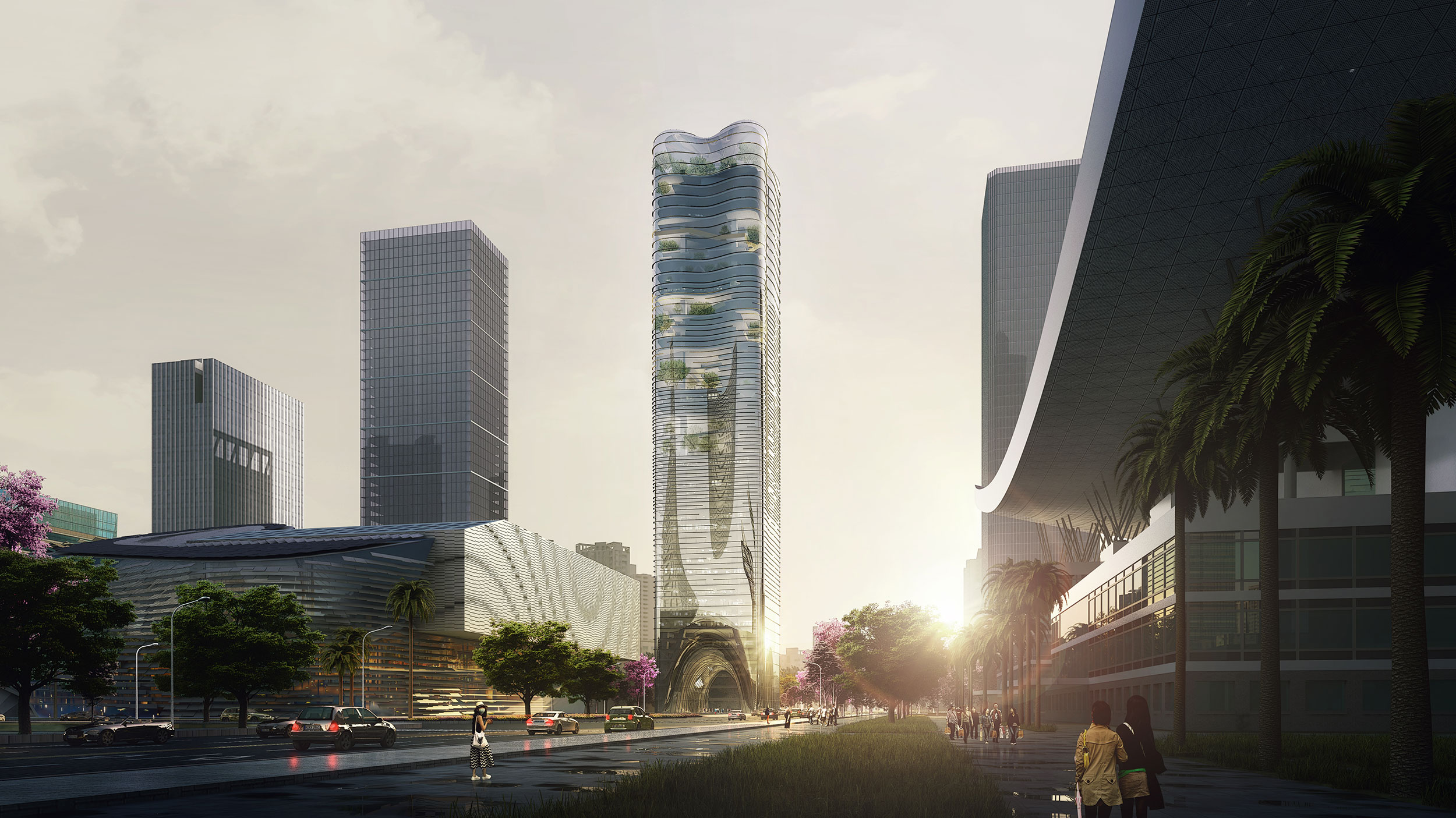 In the conceptual design of Wumart Group Headquarters building, we tried to define characteristics of future super high-rise office with the above-mentioned dimensions. We believe that in the future, super high-rise buildings will pay more attention to the safety and comfort of space due to the development of technology and the change of use demand, and integrate into urban environment more organically. While becoming symbols of cities, they will also become an important part of urban experience. 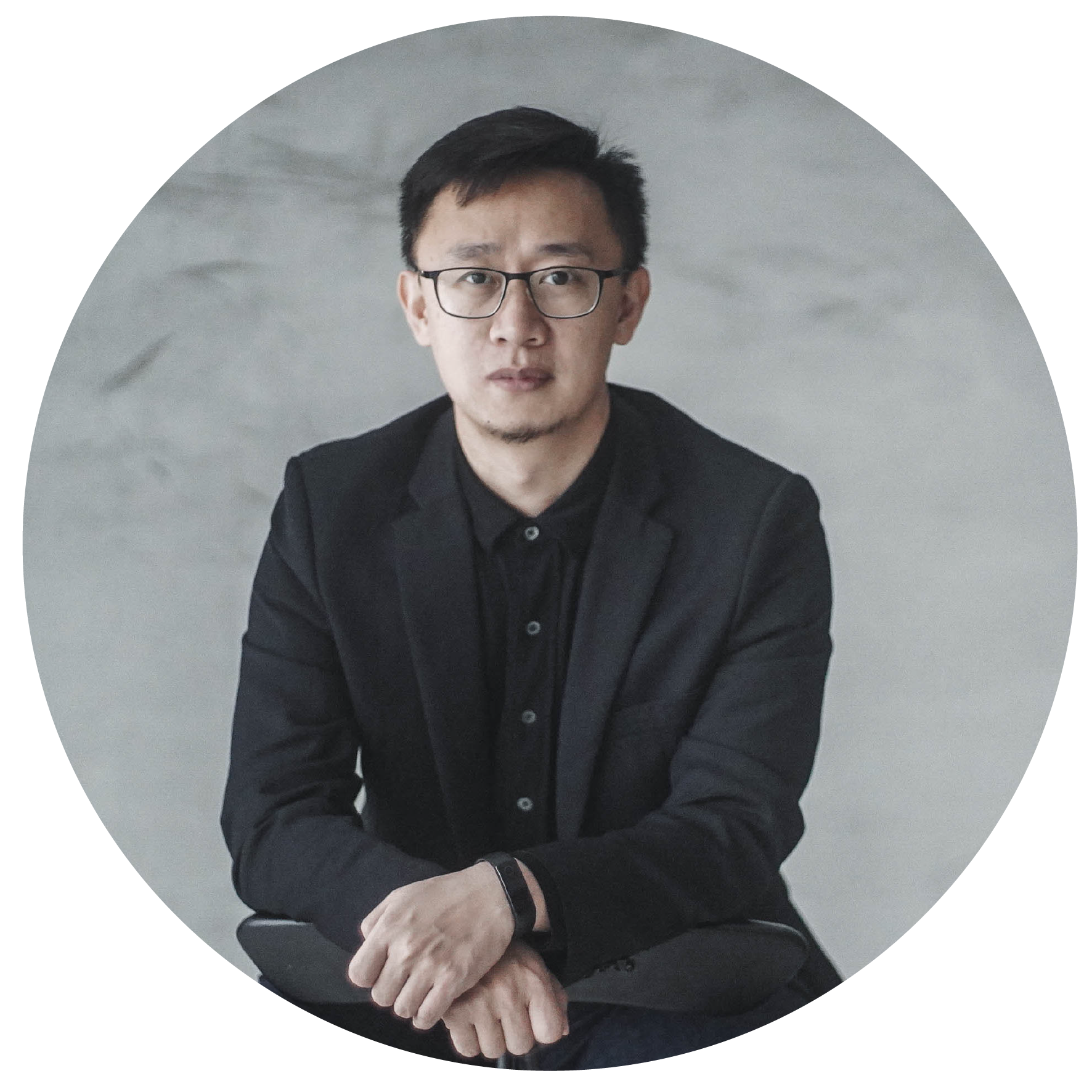 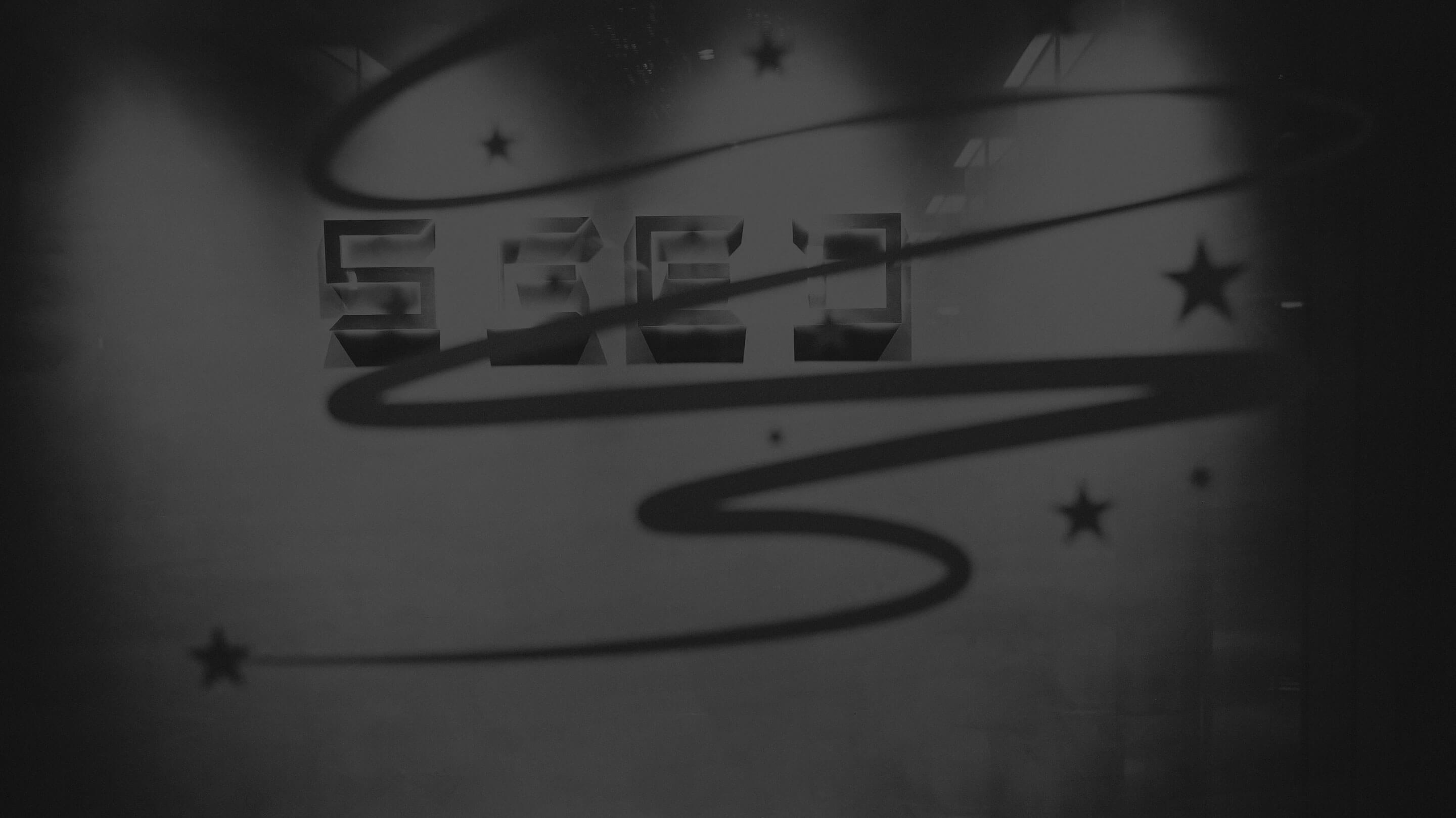 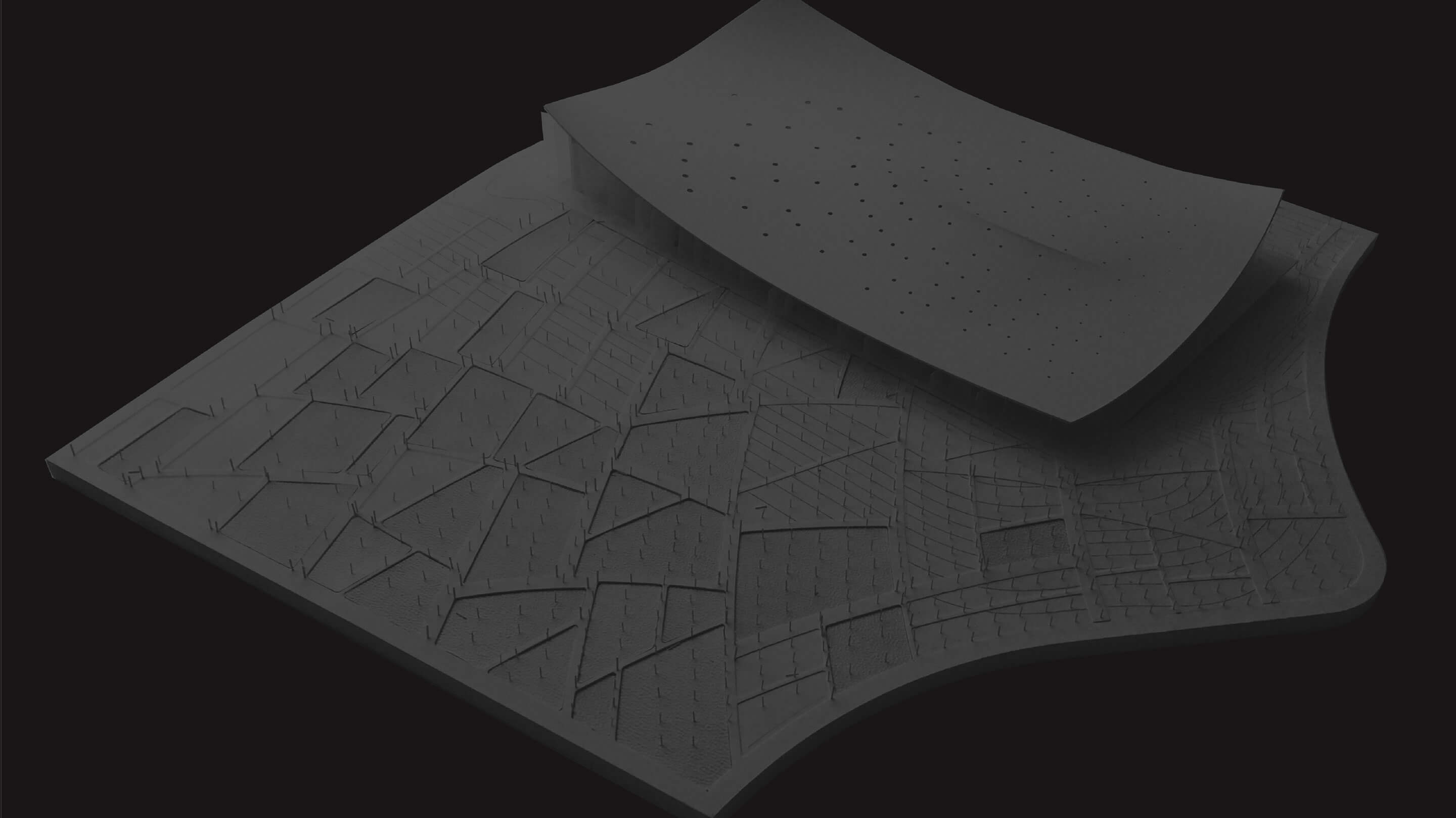 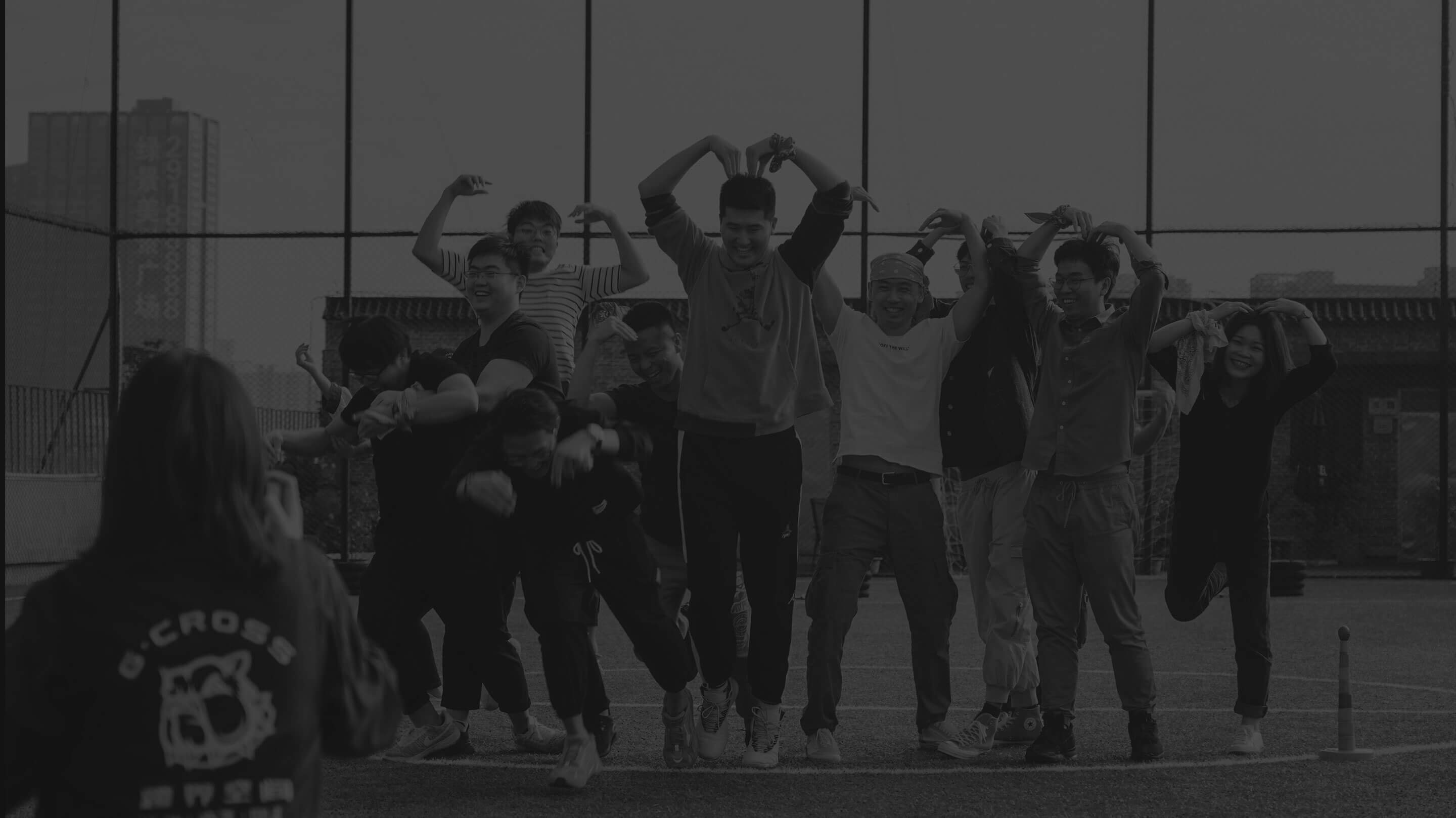 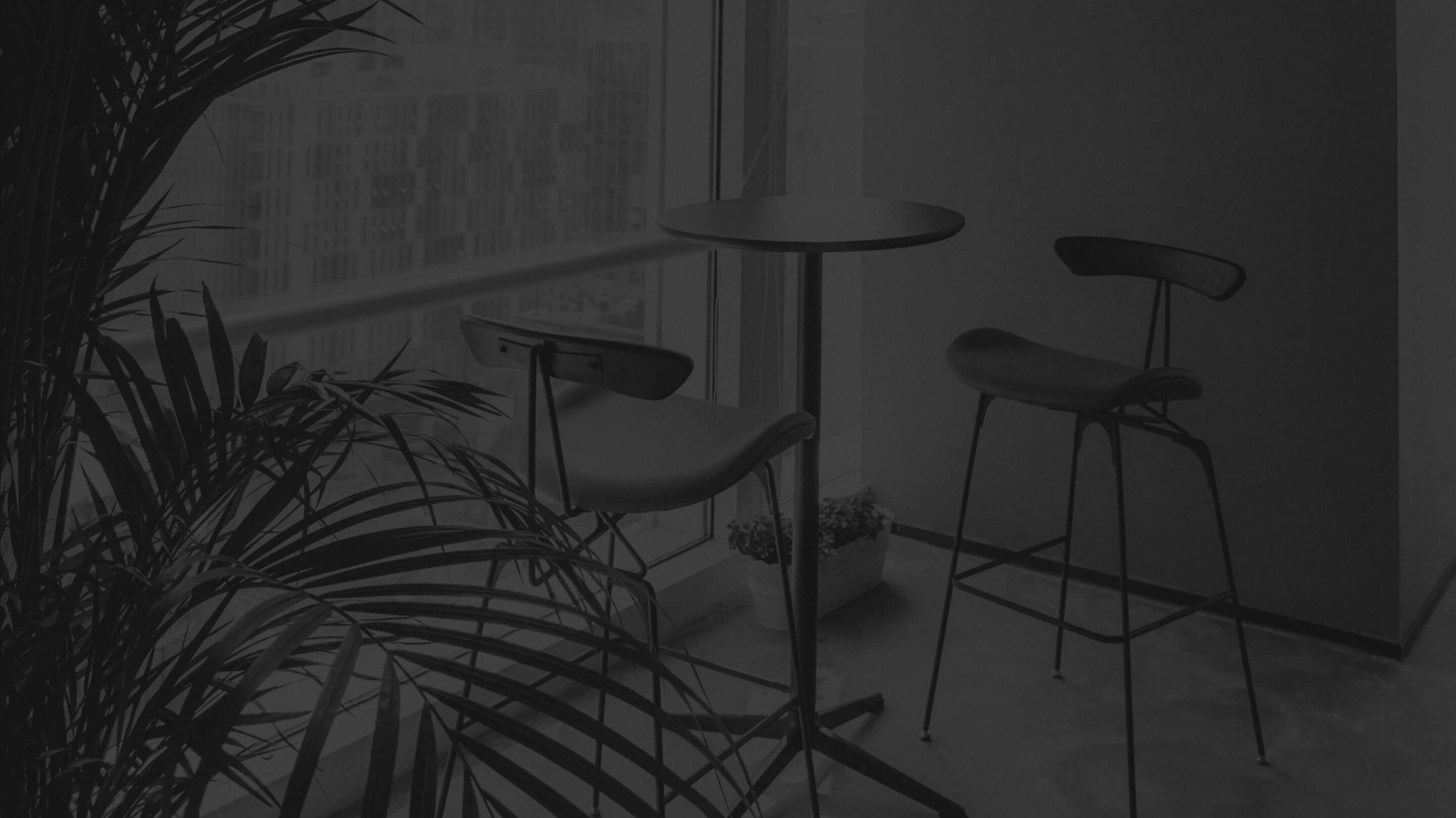